The 10 BEST Android apps and games released in 2020

Starting with Firefox, the application technically wasn’t launched in 2020, but Mozilla rewrote and relaunched the browser with its Firefox daylight update. The browser received many of the best security features from Firefox, focusing its privacy browser and an enhanced tracking protection feature for better security and privacy. The UI was refurbished for a lighter, cleaner look. There are also light and dark mode picture and picture support, better extension support, and tons of under hood changes. I’m using this as my main browser since daylight dropped, and its way better than before the update, and it even uses less battery than chrome does, at least on my phone. Mozilla has a massive blog post outlining all of the changes.

If you want to learn more, POKEMON home was one of the bigger app releases in 2020, even if it’s an extension for the POKEMON games. POKEMON home lets players upload their collections from various games, transfer them to other games, and perform additional functions. You can even trade POKEMON with other players worldwide, receive mystery gifts, and check out the National POKEDEX. This useful for those people who play the core POKEMON games, but the fact that you can trade your POKEMON with your phone, download the new POKEMON to your game and play with it is cool.

If you are looking for the same app like Google Play Music, PLEXAMP is the answer that you are looking for. PLEX is frequently listed as a good as google play music for people with their music library PLEXAMP gives you a top-notch music app to listen to that music. It all works out pretty well. The application has excellent UI gapless playback fade-in and out features. You may download music from your PLEX server to your phone for offline play PLEX was already great for video and image content. Still, PLEXANT made it great for audio content as well, and it couldn’t have come at a better time with the sun setting of google play music PLEX costs money to use, but PLEX amp is a free app.

ZOOM also technically wasn’t launched in 2020, but it was arguably the most popular and influential app of the year. It had many issues on the onset because it gained popularity so fast, and it wasn’t quite ready for it. Still, it eventually ended up fixing almost all of those issues over the year. It boasted over 300 million active daily users just a few months ago. The features are pretty good. You can conference with up to 100 people. There’s a whiteboard feature, a screen share feature, a text chat, and end encryption for everybody in October 2020. it’s far from perfect and plenty of people have run into bugs but zoom’s catapult from obscure startup to an essential daily tool is something you just don’t see very often since it wasn’t released in 2020. We gave it the runner-up for our android app of the year.

The biggest invention in android apps in 2020 was the Exposure Notification API from Google. Apple has a parallel one for iOS as well apps built with this API service track COVID 19 exposure without actually revealing any of your details. It uses Bluetooth to anonymously handshake with anyone you come close to and if any of those people report that they have coved 19 you get a notification letting you know so that you can take the proper steps you can also report your COVID 19 diagnosis. Other people may be warned if they came to interact with you. It’s quite the tool especially when you consider how reactionary it was to a global pandemic that started less than a year ago. The only unfortunate part is how few regions around the world have access to it and with the vaccine rolling out. We may not see the true benefits of this until the next global pandemic but hopefully, that’s not for a long time at least the FRAMEWORK is built-in now, we won’t have to wait so long.

Riot games released a couple of mobile games in 2020. The first was the Legends of Runeterra. It’s a strategy card game where you defeat your opponents by choosing a champion, combine cards. It also has some social features, and you earn cards as you play. You can buy cards you want, but they’re pretty easy to earn on their own it’s one of the best card games of the year.

They also released Team Fight Tactics, which is an online PVP auto battler game. The auto-battle genre is a little bit newer. You build a team, you duke it out with other players, and I hope you win. You do not control combat all that much, but the strategy is delivering the right stuff at the right time team fight tactics are also cross-platform with its pc version, and both games are pretty good.

DEAD CELLS are a new rogue VENIA and one of the best that we’ve seen in a long time it’s a mix between a roguelike game and a METROIDVANIA. The roguelike portion of it includes mechanics like permanent death. Simultaneously, METROIDVANIA mechanics includes an interconnected world. Players jump around, beat up bad guys, defeat bosses, and progress during the game. It also has a controller that supports no time limits and tons of little nooks and crannies for you to explore. It is a few versions behind the PC version, so players who try both may have different experiences. The lack of in-app purchases and the truly great gameplay experience help make up for its slightly pricey 8.99 price tag.

LEVEL HEAD is one of the best platformers in the history of mobile. The game has 90 levels of smooth gameplay, excellent mechanics. One of the best trailers that we’ve seen in a long time. You can also build your levels download levels from other players, and share your levels with other players; thus, you get a Mario maker style experience that keeps the game interesting long after you’ve finished it. The settings have features for Speed runners. If you are interested, and about the only knock against it is the lack of controller support. We do hope they add it in eventually. This is from the same developer as.

CRASHLANDS a game that won our best game of the year award back in 2016, so you know that it’s going to be good. This is one of the perfect ones, especially if you like platformers Sky Children Of Light came out in 2019, and the android version launched earlier this year. It’s an adventure game with social elements. Players explore seven different realms to uncover the game’s mystery, and you run into and socialize with other players while customizing your character to your liking. The game has excellent execution, the graphics are pleasing to look at, and the music is pretty good. Even the community of the game is super supportive and friendly. It’s not the most exciting game, and the mechanics aren’t overly difficult; however, the game’s feel and atmosphere are charming. It’s also good for aged people.

Genshin Impact made the biggest hit of any mobile game in 2020. Luckily, it’s also excellent. It has many the same gameplay elements as Zelda breath of the wild, and that’s probably why so many people like it. You play in a large open world, and you even get a glider to traverse longer distances without the need to climb everything. Yes, you do drown if you run out of stamina while swimming. There is a light Gotcha element but nothing too serious the voice acting is awesome, the character development is cool, and even the music is pretty good. The intro download is pretty big. Still, the RPG and adventure elements are worth it. This is the best of 2020, we’re sure of it, and that about does it for this one folk. This list was narrowed down from 50 total apps and games between two lists.

Is the OnePlus 8T is a good device to buy? 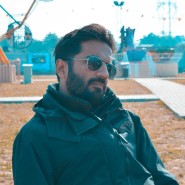 A new way to secure your Passwords in 2021